I got seL4 running on my Raspberry Pi 3B tonight.

Even though I worked with Dale Dougherty in the early '90s, I've been on the sidelines of the whole maker thing until September when Micro Center bundled a Google AIY VOICE KIT with Raspberry Pi 3B for $35. 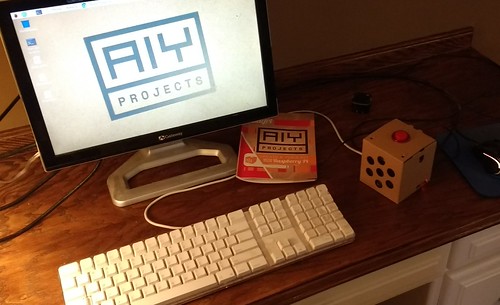 After I verified that it works as a voice device, I remembered the tantalizing seL4 on the Raspberry Pi 3 item from early this year. The build dependencies were greatly simplified by the seL4 dockerfiles. Building the seL4-Test project went without a hitch:

The only way to see the seL4 test project do its thing is via the serial console. Before I overwrote the working voice kit SD card, I wanted to test connectivity. I have plenty of experience with RS-232 serial cables (I even had a job in high school where I helped a tech by putting together serial terminal cables) but RS-232 vs. TTL serial is not just a matter of wires and connectors; the voltage levels are different. USB to TTL cables usually go for around $15, which is more than half of what I paid for the Pi!

Meanwhile, this summer Micro Center had a beaglebone green wireless, which usually goes for around $50, on clearance for $20, and I couldn't pass it up. The beaglebone uses the same TTL levels and works fine as an ssh server, so I put together a cable 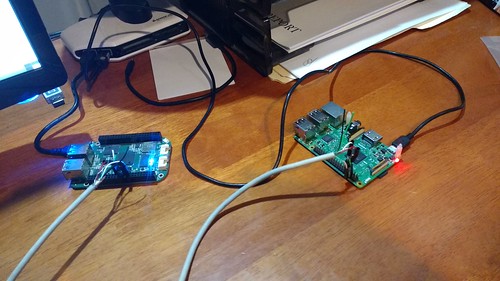 After some config-pin tinkering, I confirmed that I could get UART1 and UART2 on the beaglebone to talk to each other (UART0 is debug outputonly), but I couldn't get any console output from the Pi to show up.

After discovering a JBtek Raspberry Pi USB to TTL Serial Cable on Amazon for $7, I ordered it and set the project aside.

That didn't work either until I connected an HDMI monitor and keyboard and used raspi-config to enable the serial console. I wonder if the beaglebone would have worked given that fix.

With serial console hardware issues in hand, I loaded the SD card as instructed. The first few boot stages worked, but I struggled to Hit any key to stop autoboot. Minicom (remember minicom?) showed "Offline" so I turned off hardware flow control. Bingo: